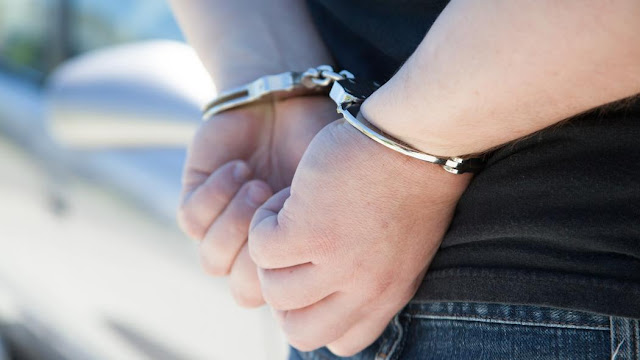 Defendant Ordered to Pay More Than $32 Million in Restitution

Apostelos pleaded guilty to conspiracy to commit mail and wire fraud and theft or embezzlement from an employee benefit plan in February.

Apostelos and his wife, Connie, also known as Connie Coleman, were indicted in October 2015. According to court documents, beginning in 2009, and continuing for at least five years, the couple and others orchestrated a Ponzi scheme in the Dayton area in which nearly 480 investors lost more than $20 million collectively. Apostelos received $70 million in investment funds in total.

William Apostelos operated and oversaw multiple purported investment and asset management companies in the Dayton area, including WMA Enterprises, LLC, Midwest Green Resources, LLC and Roan Capital. He falsely reported that he held a degree in mathematics and was a registered securities broker.

Connie Apostelos also operated and oversaw multiple companies in the Dayton area, including Coleman Capital, Inc. and Silver Bridle Racing, LLC. These companies were allegedly operated through improper use of investor funds to William Apostelos’ companies.

The couple recruited investors from 37 states to invest in WMA and Midwest Green, telling the investors that their money would be used for acquiring stocks or securities, purchasing real estate or land, providing loans to business and buying gold and silver.

Rather than investing the money, the couple used it to pay for personal luxuries. According to court documents, William Apostelos was spending $35,000 per month on his wife’s horse racing company and $400 per month on Victoria’s Secret lingerie.

When the defendants became late on interest payments to the victims, they advised that their bank account had been hacked, a bank mistakenly failed to wire payment and/or the deal the victim had invested in was temporarily on hold.

The government has seized two racehorses, vehicles, jewelry, artwork and cash totaling approximately $650,000 from the couple.

“This was a massive and devastating fraud – the largest Ponzi scheme ever in Dayton,” U.S. Attorney Glassman said. “Apostelos thoroughly deserves the substantial prison sentence that he received today.”

“In Ponzi schemes the promoter eventually runs out of other people's money and the scheme collapses like a house of cards," said Ryan L. Korner, Special Agent in Charge, IRS Criminal Investigation, Cincinnati Field Office. “William Apostelos left approximately 500 investors in financial peril and created a recipe for devastation that could last a lifetime.”

“Mr. Apostelos falsely reported that he was a registered securities broker,” said Ohio Securities Commissioner Andrea Seidt. “This is why we encourage investors to always check the background of people who try to sell them any kind of investment product. Ohioans can call our Investor Protection Hotline at 877-683-7841 to find out if the person is licensed to sell securities and if the product is properly registered.”

Steven Scudder, 62, of Centerville, an attorney who served as trustee of the WMA Trust, pleaded guilty in U.S. District Court on January 19 to wire fraud, admitting that he used his position as an attorney to facilitate the fraudulent investment scheme. He was sentenced to serve 14 months in prison.

Connie Apostelos pleaded guilty to one count of mail fraud on April 4 and is scheduled for sentencing on August 2 before Judge Rose.

U.S. Attorney Glassman commended the investigation of this case by law enforcement, and Assistant United States Attorney Brent G. Tabacchi and Deputy Criminal Chief Laura Clemmens, who are prosecuting the case, as well as Enforcement Attorney Brian Peters, who represented the Ohio Division of Securities on the case.

Original PressReleases...
10:12 AM
Financial Fraud
Pubblicato da FraudsWatch a 10:12 AM

Between one half and three quarters of all e-mail messages are spam or UCE (Unsolicited Commercial Email) Tennessee...